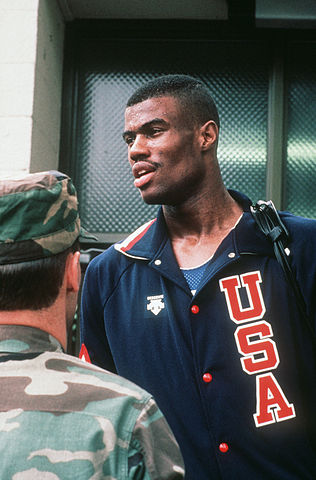 David Robinson of the US Olympic men’s basketball team leaves the arena after a preliminary round win against the Brazilian team during the XXIV Olympic Games (Photo credit: Wikipedia)

English: Dorian Harewood appearing in America: A Call to Greatness. This photograph was provided by Paige-Brace Cinema, the film’s production company. It was taken by their staff photographer and used for promotional purposes. (Photo credit: Wikipedia)

Today in Afro History ! Nelson Mandela is jailed in apartheid South Africa in 1962 !

Today in Afro History ! Jamaica proclaims independence from the United Kingdom in 1962 !