Today in Afro History ! The USS Harmon is the first U.S. warship named after an Afro American war hero in 1943 ! It was named after Medal of Valor recipient, Leonard Roy Harmon ! 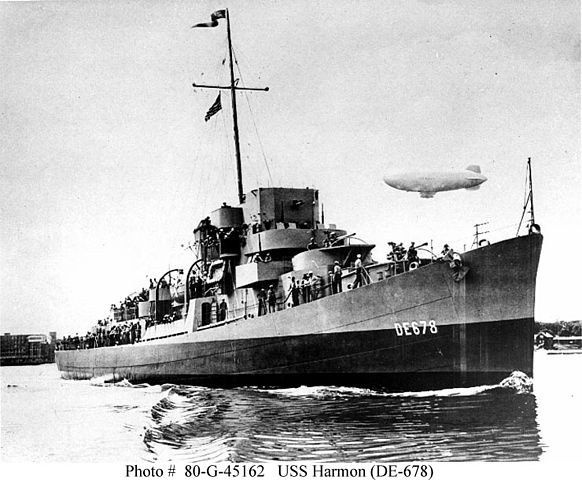 Photograph taken in about August 1943, when the ship was first completed. This view was retouched by the censor to remove radar antennas, adding the pennant at the masthead in their place. It was then released for publication in March 1944. (Photo credit: Wikipedia)

Future: 'Young rappers should thank me'