Today in Afro History ! The Black Panther Party has confrontation with Philadelphia police resulting in one police officers death in 1970. Lou Brock breaks Ty Cobbs stolen base record in 1977 ! 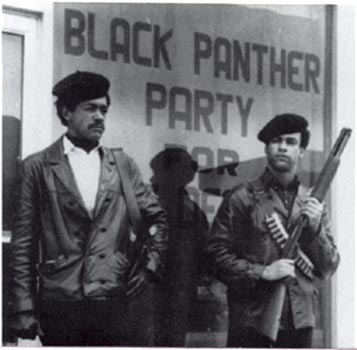 Black Panther Party members standing in the street, armed with a Colt .45 and a shotgun (Photo credit: Wikipedia)