Today in Afro History ! The first U.S Army flying school for Afro American cadets is formed in 1941. Based in Tuskegee Alabama, the 99th Pursuit Squadron later became known as the Tuskegee Airmen ! 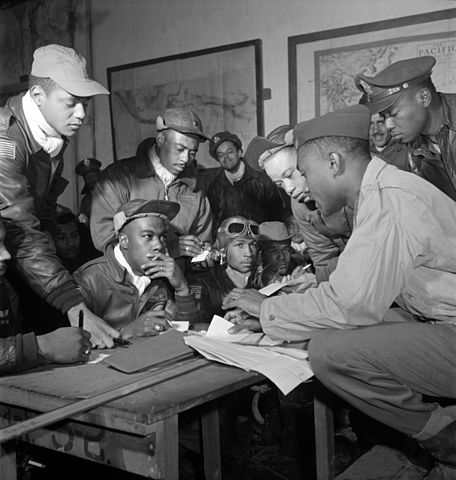 Men of the 332nd Fighter Group attend a briefing in Italy during 1945 (Photo credit: Wikipedia)

English: This is a photograph of the Hangar 1 Museum located at Moton Airfield at the Tuskegee Airmen National Historic Site in Tuskegee Alabama. (Photo credit: Wikipedia)

'The freedom of expression is amazing': Fraser...